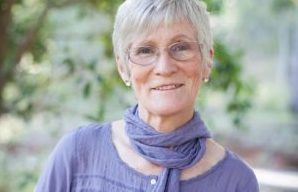 One group of researchers think it can be considered on its own. But they add in additives and spices among excluded foods. They researched 137 references to write a review. You can read it from Histamine and histamine intolerance, by Maintz L, Novak N. in the Am J Clin Nutr 2007;85:1185-96 2007.

That is nearly 10 years ago but little has changed since then. I recommend reading this article, even this comment, or just the abstract, for a view of this hypothesis of adverse reactions being caused by a reduced breakdown of histamine by Diamine oxidase (DAO). Symptoms reported included diarrhoea, headache, rhinoconjunctival symptoms, asthma, hypotension, arrhythmia, urticaria, pruritus, flushing.

My comment as a dietitian who has seen many food intolerant patients over 30 years is as follows.

I think we should congratulate ourselves that in Australia we dietitians have oriented our research and practice with a broad overview. This means we see anyone who wants to investigate diet as they suspect adverse reactions. This has meant we use the RPAH concept of Target Organ Sensitivity recognising food intolerance as a “multi system disorder”. Patients may present with a main diagnosis such as migraine but they may report a variety of other symptoms which are then noted and watched to see what changes during the diet trial, and comes back with challenges or food reintroduction. We also note and monitor other symptoms in immediate family members, by collecting all the detail in the Family Sensitivity History which I developed as part of the diet detective approach.

The broad approach may seem self evident to dietitians in Australia but it is not how the published research is done. Often it is like this report where one type of FI is investigated and reported, with no appreciation of how that idea applies to other food intolerance symptoms. This is particularly relevant to diet and ADHD where researchers [including those who write met analyses] want to reduce the concept to a simple hypothesis relating just to that diagnosis. In discussing histamine these researchers do give a much broader picture than the over simple ideas. They appreciate that food intolerance may present with a variety of symptoms, and further report some of the less well known ones such as flushing, arrhythmias, hypotension, and dysmenorrhea [severe menstural pain], which we only occasionally see in food intolerance patients.

Articles such as this do add to the overall knowledge of food intolerance, and so are worth while. And they are probably showing that there are subgroups within the overall food intolerance group. Since our work has shown that regardless of the presenting symptoms food intolerance patients have their own particular cluster of foods and chemicals they react to, the broad approach to investigation of all suspect foods and chemicals is wisest. We may emphasise some different dietary issues with asthma, migraine, eczema or ADHD but the overview is still there.

Another important contribution of this research is that the authors highlight the problems of working with people who have reactions to food. The authors have done a huge volume of work. There are 137 references! They quote and assess much useful research indicating biochemical measurement, reactions and commenting on variation in dose of histamine in suspect foods, without being able to prove histamine intolerance clearly. Yet they still [validly] insist that there are food sensitive people who exist. We can wonder if this is because some of the research quoted was done on non-food-intolerance people, and because the patients who do react are sometimes affected by much smaller doses.

Other research on food intolerance patients has shown that they react to much more than histamine. These authors do mention sulphites and other biogenic amines, but not chocolate [a frequently reported source of amine reactions]. They provide a table of foods rich in histamine. In a second table of foods with suggested histamine-releasing capacities, additives, liquorice, spices, which are not sources of amines, and chocolate are mentioned here, but with no mention of how the non-amine ones affect the hypothesis. They quote a study noting that the histamine content of wine did not affect tolerance. Some patients even had an increase in plasma histamine after histamine poor wine. They discuss metabolic products of alcohol but do not consider the possibility of other substances, such as salicylates, in the wine. They comment on the high percentage of reactions to the placebo [87%!] but do not mention what the placebo was.

This research article is important as it provides another view of the biochemistry of part of the food intolerance big picture, and provides much to think about. It helps explain why food chemical intolerant patients benefit from antihistamines. It reminds us again that the dose of amines in a food can very widely. [My finding that patients learn to become aware of the smell of suspect foods is still a good guide to tolerance.] The authors emphasise the importance of clinical research. That reinforces our broad based approach. I am a little concerned about the assessment of biochemistry since there are a couple of errors in Figure 2 which show poor attention to organic chemistry.

For additional thinking see  “Is food intolerance and inborn error of metabolism?” http://foodintolerancepro.com/fi-inborn-error-metabolism/